Dementia Spotlight Foundation envisions a world that does not fear dementia and fully embraces the rights and needs of individuals and families living with dementia. We aim to raise awareness about dementia with the goal of helping people and communities to better understand it.

Dementia Spotlight Foundation is dedicated to supporting lives through advocacy, the arts, and dementia education. We are committed to educating both family and professional caregivers about dementia-related diseases and enhancing the supports and standards of care needed. There are over 120 medical diagnoses leading to symptoms of dementia & the journey of dementia differs for each person depending on age, health, and the type of dementia diagnosis.

Due to the complexity of dementia and the stigmas and fears associated with it, there is still an extreme lack of funding, education, and resources available for individuals and caregivers who need them. While research is thriving and we all hope for a cure, the fact remains: 5.4 million people in the U.S. are living with Alzheimer’s or other forms of dementia. With a focus on LIFE before loss, RIGHTS before research, and CARE before cure, we support the notion that life does not end after a dementia diagnosis and not all abilities are lost. There is life AFTER diagnosis and there is a way forward. Dementia Spotlight Foundation strives to identify service needs and establish approaches to fill those gaps for those families facing a dementia diagnosis. Dementia Spotlight Foundation is a 501(c)(3) Private Operating Foundation established in 2016. 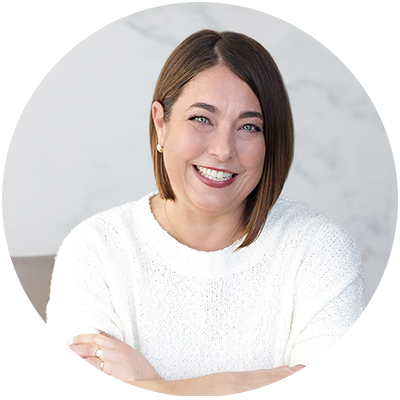 Following her father’s 2012 dementia diagnosis, Whitney DeMarlo Oeltmann quickly discovered there was a resounding lack of information, family resources and support offered for those living with dementia and their caregivers. She felt called to help others facing similar uncertainty and in 2016, she founded Dementia Spotlight Foundation (DSF).

Oeltmann wears many hats at DSF, serving as Co-Founder and Executive Director. She leads employees, volunteers and advocates, taking great care to ensure all programs meet the foundation’s goals of providing a “guiding light” for those looking for a path forward. Having lived the challenges of those she now serves, Oeltmann is laser-focused on raising funds to serve and improve the lives of those living with dementia, their families and caregivers. Oeltmann is committed to raising public understanding of dementia-related diseases.

In 2020, Oeltmann was invited to serve on the board of Georgia Gerontology Society for her dementia care advocacy in Georgia. She currently leads Georgia’s Dementia Friendly Initiatives workgroup within the Georgia Alzheimer’s and Related Dementia Collaborative (GARD) and is one of the first Dementia Friends Champions trainers in Georgia. Through a partnership with DeKalb County, Oeltmann championed a grant to help DeKalb become the first dementia friendly county in Georgia – an accomplishment she hopes to help other municipalities in the metro-area also reach – and has led Dementia Friends sessions in senior services case management, youth services, library services and adult care facilities. Beginning in March of 2021, Oeltmann will help train local law enforcement recruits in a first ever 2-hour dementia specific training.

Oeltmann lives in the Brookhaven suburb of her hometown Atlanta with her husband and two daughters. When she’s not spearheading the next initiative for Dementia Spotlight Foundation or spending time with her family, she enjoys reading, cooking and birdwatching. Oeltmann is an active participant in the community, as she is a member of the GA Center for Nonprofits as well as the Georgia Council on Aging (CO-AGE).

After a successful 25-year medical sales career, Alyss Amster felt called to tap her creative genius to develop helpful and artistic programs for aging seniors. In 2013, with a goal-oriented desire to serve others at the forefront of everything she does, Amster made her entry into the senior care market as a certified Zentangle instructor, teaching at Cobb Senior Wellness Center and Enrichment of Life Movement.

Amster joined the Dementia Spotlight Foundation (DSF) leadership team in 2021, assuming the role of Associate Executive Director. She will support the foundation by increasing the awareness and reach of memory cafes, a safe and comfortable space where caregivers and their loved ones can socialize, listen to music, play games and enjoy other appropriate activities. Amster will support DSF’s mission by offering educational support to the community through community outreach; collaborating with local businesses; and providing social and educational events for families, caregivers and their loved ones to remain connected within their communities.

A meaningful path of prior work brought Amster to DSF. Following her success as a Zentangle instructor, she served as the assistant director at Enrichment Life Movement, and in 2015, she purchased a ComForCare home care franchise, where she received a DementiaWise certification. This led Amster to get certifications as a Partner in Readmission Prevention and as an Alzheimer’s Educator. Amster conducted training for ComForCare caregivers on program specifics and consultations with families before she sold the franchise in 2017.

Amster’s next chapter led her to join Amy’s Place as the program director, where she was promoted to director in 2019. At Amy’s Place, Amster focused heavily on memory cafes since the organization was the first and only free-standing memory café in the US at the time. Additionally, Amster helped lead efforts to provide socialization, education and valuable connections for families, caregivers and their loved ones with dementia-related diseases.

Amster resides in Marietta, Georgia with her husband, Dave, and enjoys spending her free time catching up with her grandchildren, participating in creative crafts and working out to maintain an active lifestyle. Amster is an active member of Georgia Gerontology Society and Senior Services North Fulton Partner Program. 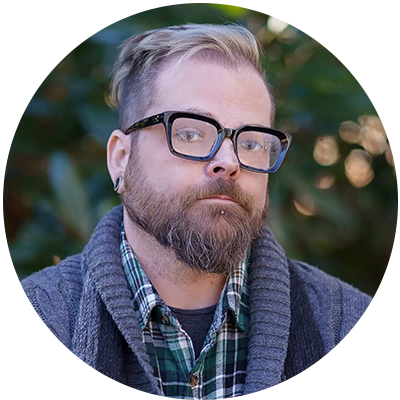 Vincent Zangaro’s Alzheimer’s journey began over a decade ago at the age of 29 after his father’s Alzheimer’s diagnosis. At 68 years old, the elder Zangaro’s health rapidly declined, leaving him unable to care for himself – and that’s where his son, Vincent stepped up. Driven by the challenges he faced navigating the ups and downs of his father’s disorder and health, a fire was lit in Zangaro to offer help to those living and affected by Alzheimer’s and dementia-related illness.

Combining his expertise within the music industry, a decade-long career as a regional staffing director at mega-brand Hot Topic and years of Alzheimer’s caregiving experience for his father, Zangaro flexed his creativity, leadership, love and passion for music by founding the Alzheimer’s Music Fest in 2013, with the goal to raise awareness and funds to help families care for loved ones. Through festival fundraising efforts, Zangaro met Dementia Spotlight Foundation CEO and Co-Founder Whitney DeMarlo Oeltmann and came on board with the organization in 2017.

Zangaro supports DSF by overseeing outreach initiatives and actions, serving as the Director of Development and Special Events. He works tirelessly to orchestrate several weekly online support groups, prioritizing the importance of providing free respite care support, and he is an integral facilitator of locating and providing critical medical equipment for families in need. As a full-time advocate for Alzheimer’s and dementia families, Zangaro plans events and secures much-needed grants and sponsorships. He also oversees the Atlanta and Tampa Alzheimer’s Music Fests.

The Alzheimer’s Music Fest has since become an annual rock ‘n’ roll event, raising hundreds of thousands of dollars and helping hundreds of families care for loved ones. In 2020, Zangaro expanded the Alzheimer’s Music Fest with a Buckhead Theatre Atlanta, Ga and Skippers Tampa Bay, Florida partnership and by leveraging relationships with many well-known performers who have also been impacted by dementia-related issues.

Zangaro currently resides in Canton, Georgia with his wife Amy and can be found playing an occasional nightly gig, writing songs about his experiences, walking his dog Jupiter or in his home kitchen playing gin rummy, a favorite pastime. 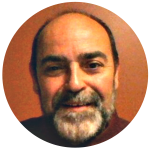 As a passionate advocate and expert within the Alzheimer’s and dementia space, Gary Joseph LeBlanc brings a wealth of knowledge and experience, serving two decades as the primary caregiver for his father with Alzheimer’s and mother with vascular dementia. In 2009, after a challenging 12-year battle with Alzheimer’s disease, LeBlanc’s father passed away from the disease. To fill the void of losing his parents to dementia related diseases, and to fulfill a deeply rooted longing for purpose, LeBlanc embraced his need to serve others, accrediting his “once a caregiver, always a caregiver” mentality. After founding several passion projects of his own, LeBlanc joined Dementia Spotlight Foundation (DSF) in 2018.

At DSF, LeBlanc taps his 20-plus year caregiving campaign as the foundation’s Educational Director. LeBlanc hones his expertise to curate educational conferences, host seminars, webinars and speaking events to reach audiences across the country, training police and health departments on best case practices for interactions with dementia-related encounters. He also plays a role in fundraising programs, utilizing an intimate and personalized approach to help Alzheimer’s and dementia persons and caregivers cope with the everyday challenges, hardships and emotional struggles of caring for the memory-impaired.

Previously, LeBlanc has written several books and hundreds of articles on dementia-related caregiving.  He is an honored recipient of the 2016 U.S Congressional Coin and Certificate of Excellence in recognition of his invaluable service in raising dementia awareness. He is the founder of Alzheimer’s/Dementia Hospital Wristband Project, and in 2014, LeBlanc founded Dementia Mentors, an online resource that hosts 46 memory cafes a month and features inspirational video testimonies from people living with dementia.

LeBlanc currently resides in Spring Hill, Florida. He has served as a weekly columnist of “Common Sense Caregiving” for over 12 years, which is published in the Tampa Tribune, Hernando Today, Hernando Sun, Feather Sound News and many other health publications. LeBlanc is a Dementia Communication Specialist Author of “Staying Afloat in a Sea of Forgetfulness,” “The Aftereffects of Caregiving”, “Managing Alzheimer’s and Dementia Behaviors” and the co-author of “While I Still Can”. 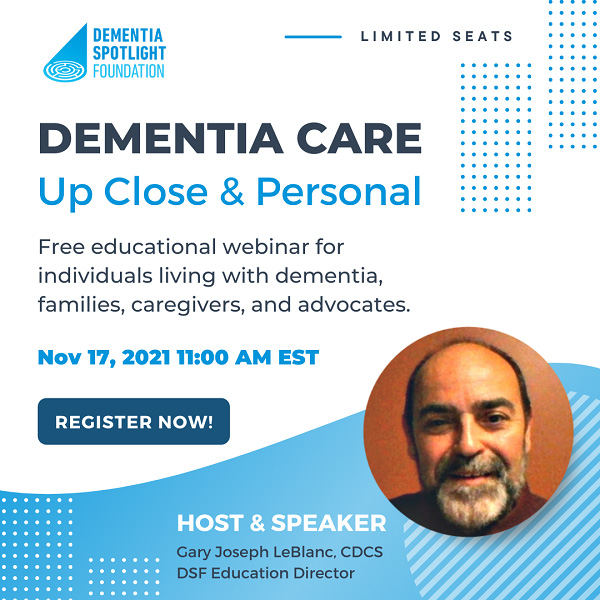 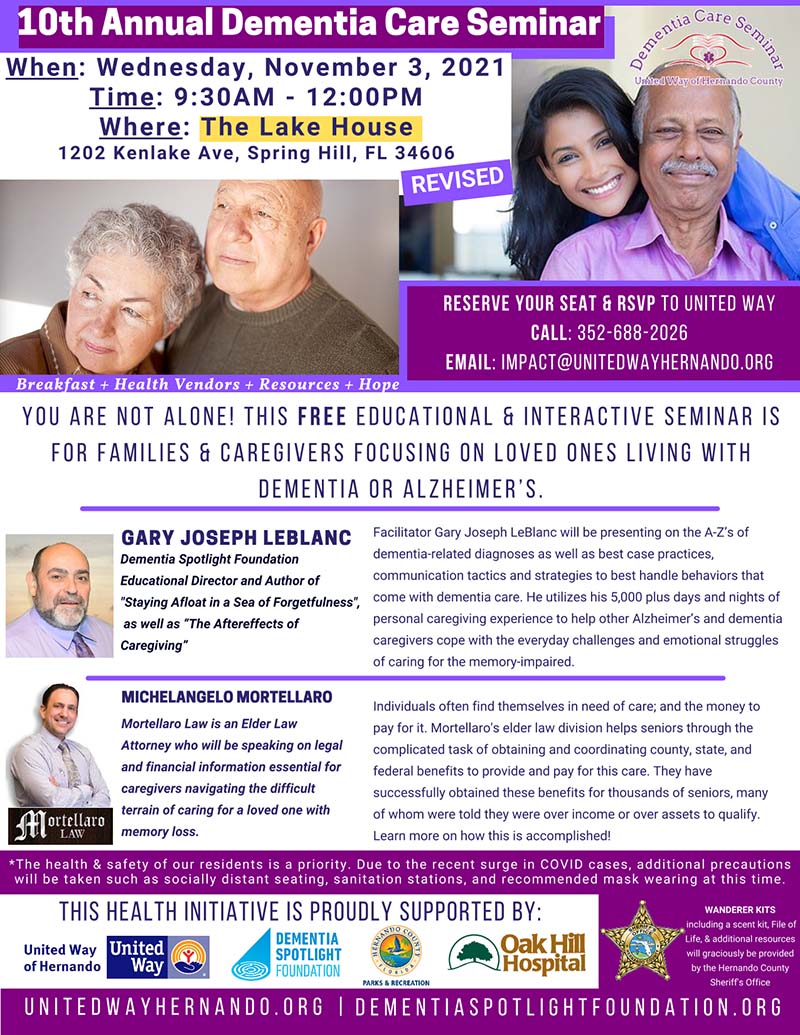 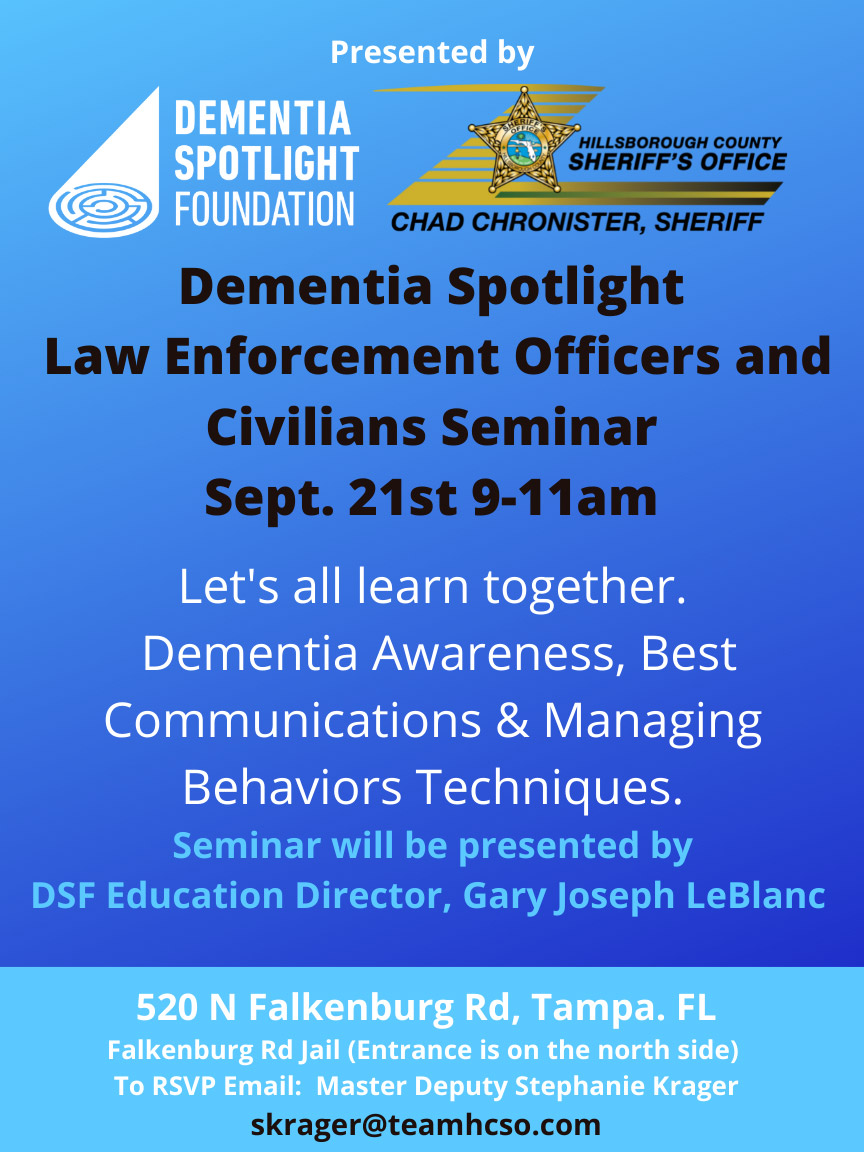 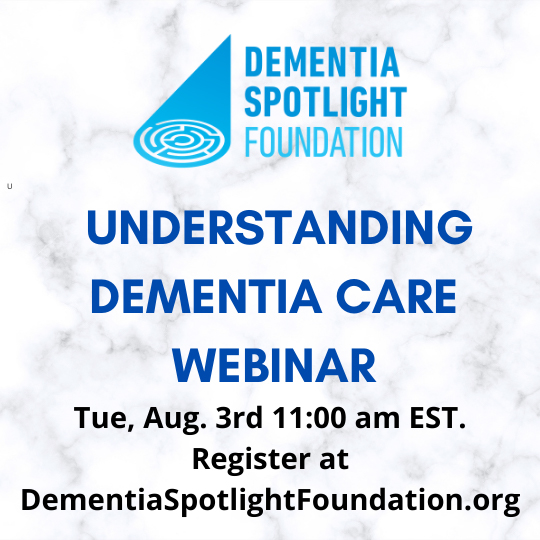 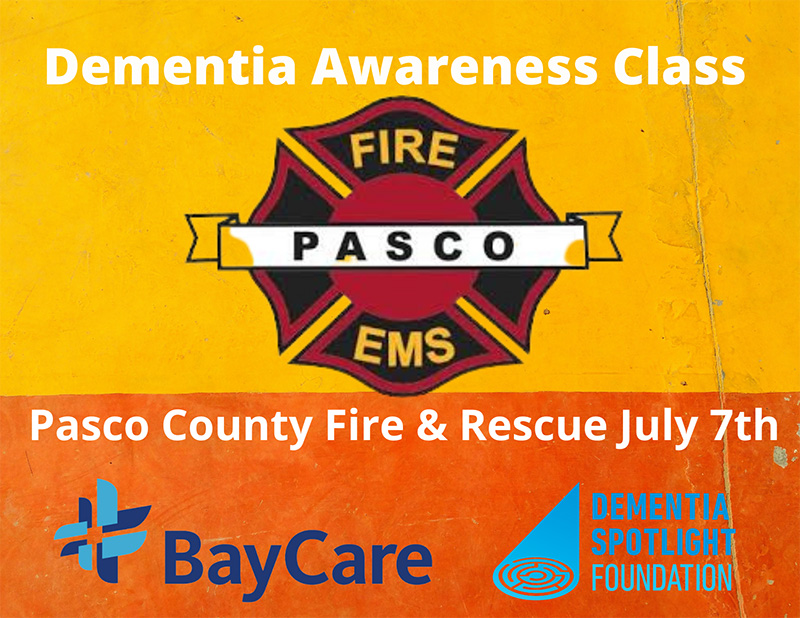 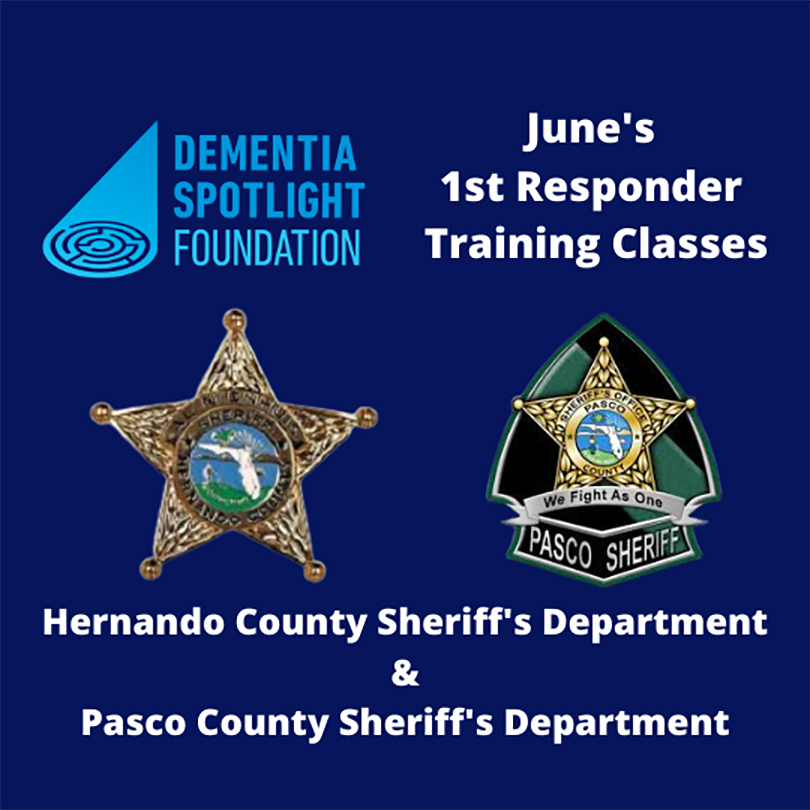 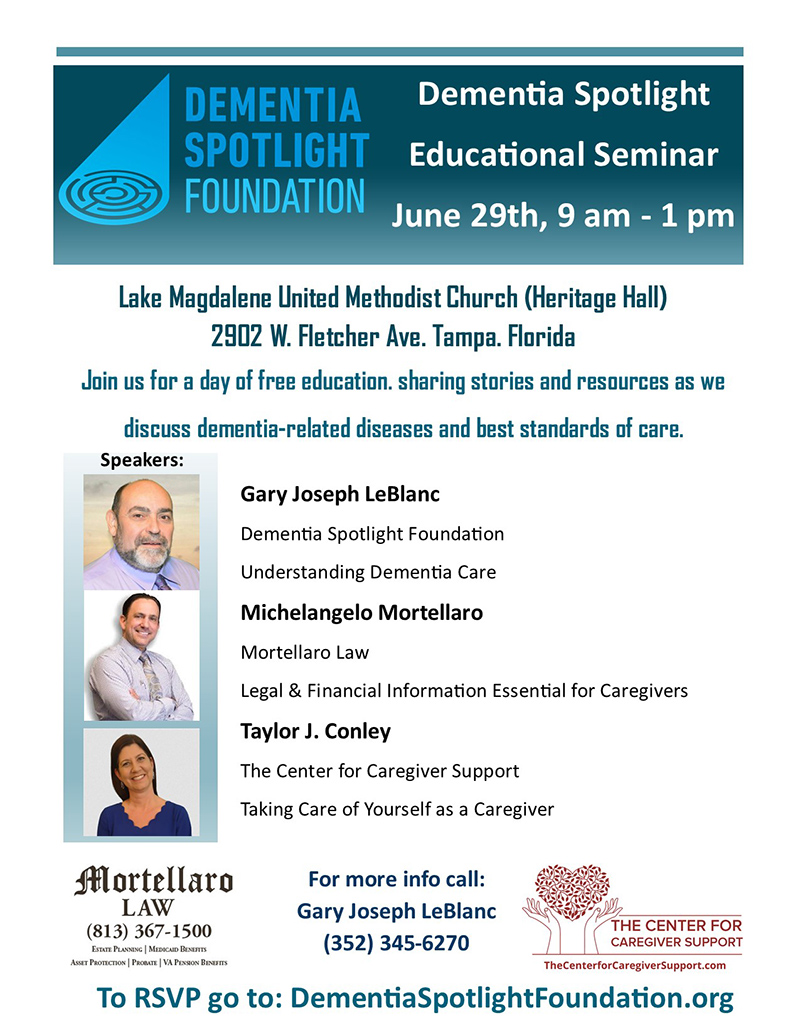 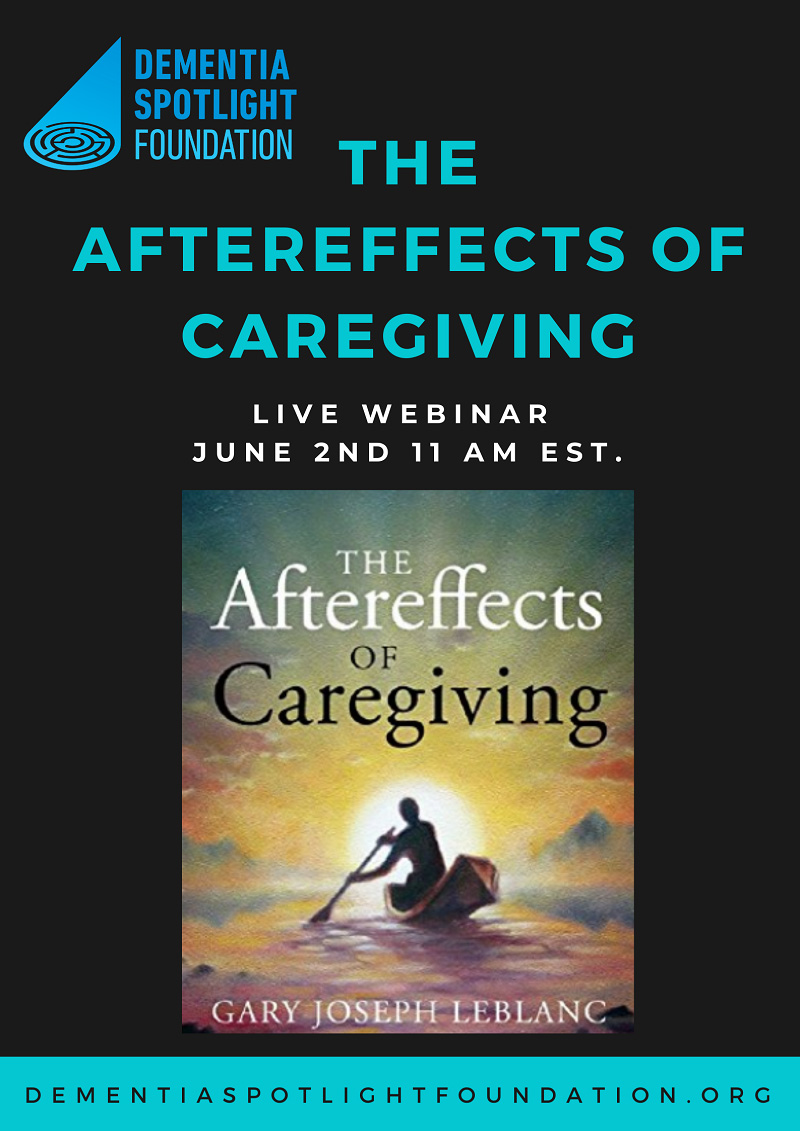 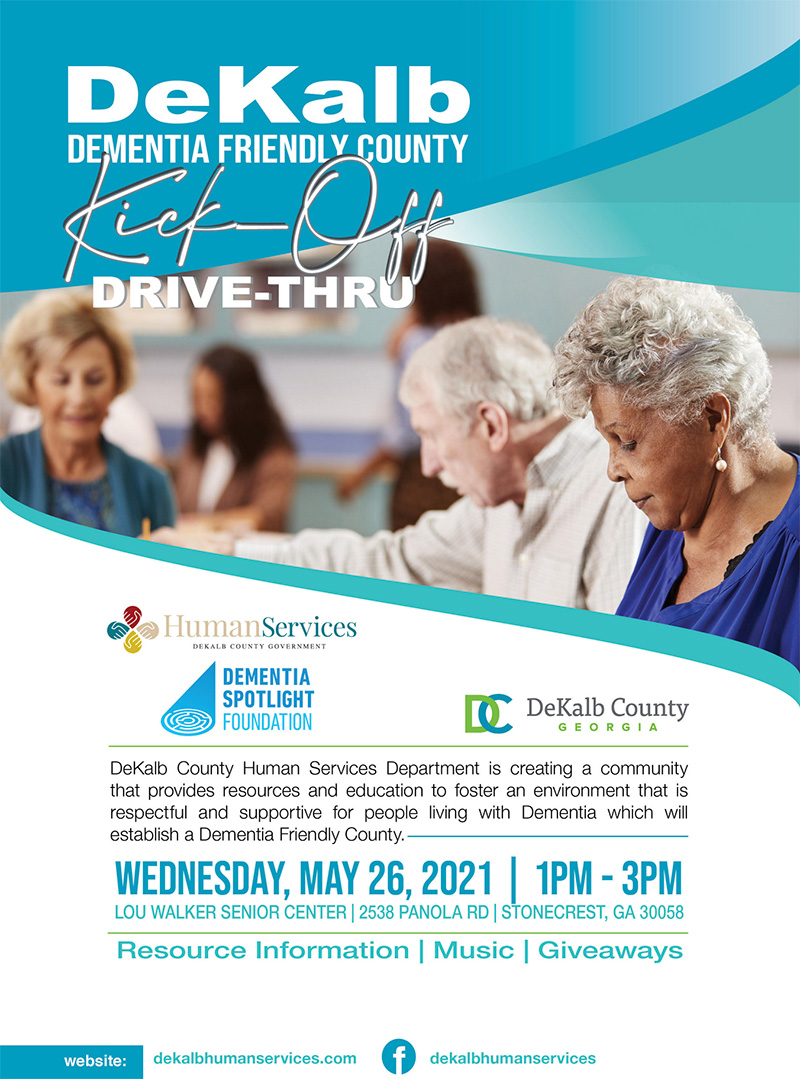 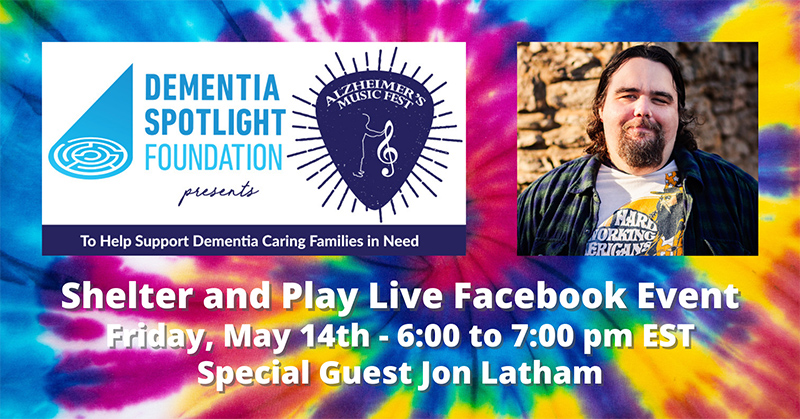 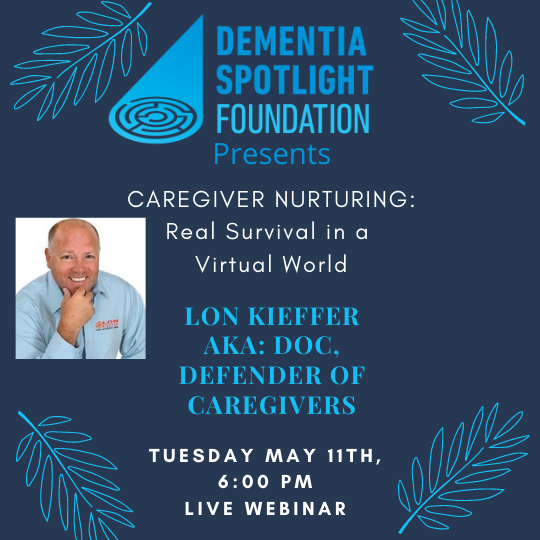 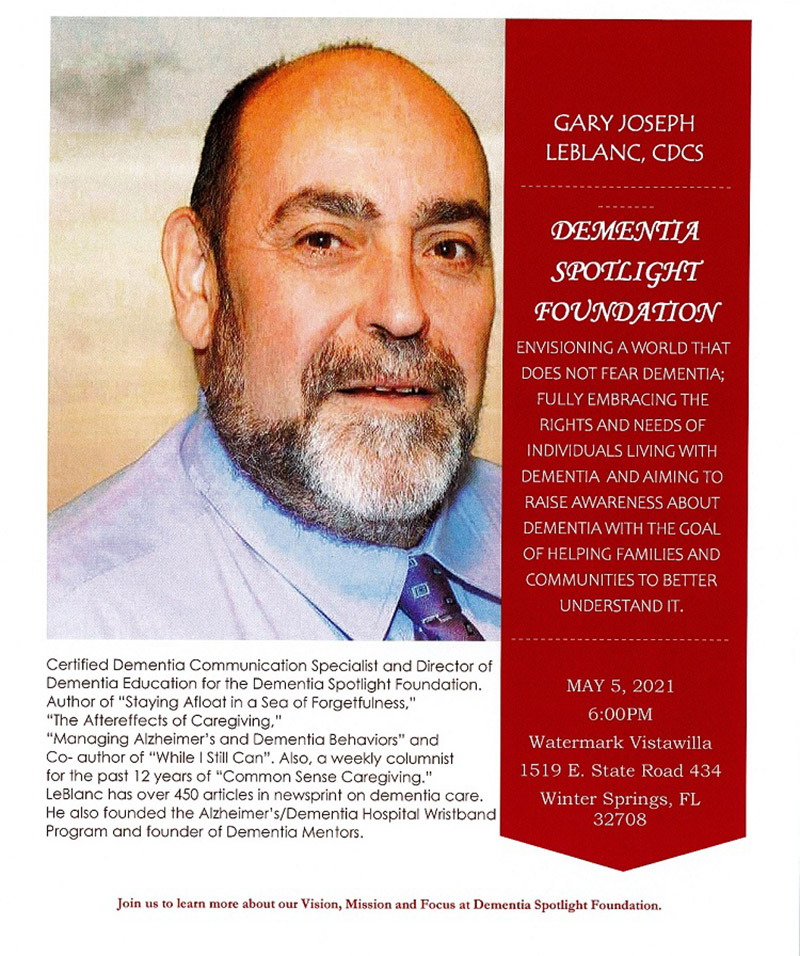 Dementia Spotlight makes it a best practice to provide the following documents for public inspection.

Dementia Spotlight Foundation 2017 Board of Directors:

Want to keep up with DSF?

Sign up to be notified of our community events, educational opportunities and dementia resources.